The Moscow Museum of Modern Art in partnership with Salamatina Gallery (New York) presents the first solo exhibition of the Russian-American artist Naum Medovoy to take place in Russia. The exhibition includes Medovoy’s last graphic series titled "Last March" and video-installations produced in collaboration with young video-artists Trevor Tweeten and Nikita Shokhov. The project is held in celebration of the 72nd anniversary of victory against Nazi Germany across the Eastern Front in the Great Patriotic War of 1941-1945.

In the last 40 years the documentary filmmaker and artist Naum Medovoy has concerned himself with revising the conventional representation of the Second World War in art. He has focused on the aspects of the war that were hidden from the public by the Soviet government, namely the post-war fates of repatriated prisoners of war and those classified as missing in action. Although both these categories of soldiers were officially declared forever missing, what really happened to these people remains unclear. However it is known that upon their return to the USSR they were likely to have been considered «traitors to the Motherland» and on this ground sent to the Gulag or labor camps. Such treatment obliterated them from the collective memory of the Second World War and deprived them of their rightful recognition.

The exhibition in MMOMA includes more than 30 graphic works that are intended to both serve as a reminder of this historic injustice and honor the memory of these soldiers. Medovoy’s film of the same title, which he created in collaboration with James Khlevner, became a starting point for the series. The narrative of the film is built on archival footage and interviews with servicemen and their relatives. Finished in 1972, it aimed at drawing the attention of Soviet and Western audiences to the post-war fate of those classified as either prisoners of war or missing in action. In the "Last March" graphic series the artist uses still images from the film as the basis for his imagery. While some of the frames are sharp featuring readily discernible faces, others are deliberately made to seem faded and faint. On these black and white frames, Medovoy paints typical Russian wildflowers, rendered in an expressionist manner. This contrast reflects the complexity inherent in this work — "Last March" fuses the tragedy of the war with the joy of the victory, coupling them with the artist’s feeling of nostalgia for the motherland.

Finished in 2007 the series reflects both the artist’s migration from the Soviet Union to the USA and his transition from cinematography to art. Medovoy studied industrial design in the Polytechnic University in Odessa and after moving to Moscow continued his studies in the Gerasimov Institute of Cinematography. After graduating from film school he worked as an assistant to the prominent Soviet film director Grigory Chukhray, who, according to the artist, had a profound influence on his work. Later on, he collaborated with another renowned director Elem Klimov before directing several of his own short films for television. Following his emigration to the USA in 1976 Medovoy started his career as an artist when he readily absorbed the creative freedom of American art. It seems that the expressionist paintings of Jackson Pollock and Willem de Kooning as well as the use of images imported from popular culture by Andy Warhol and Jasper Jones may have inspired his own work.

Alongside the works by Naum Medovoy the exhibition will present video-installations by Trevor Tweeten and Nikita Shokhov. In his video Trevor Tweeten shows Medovoy at work — the artist is shown standing against the picture plane and rhythmically applying paint onto the black-and-white frames — the process itself suggestive of the way in which Medovoy’s work blends his personal experience of the Second World War with the documentary’s more general narrative. Nikita Shokhov presents two works. In the first, he shows fragments from Medovoy’s film alongside recently recorded footage of the streets in present-day Moscow and New York thus revealing the gap between today’s values and those of the post-war period. The exhibition also premieres the second installation by Nikita Shokhov, based on a different side of Naum Medovoy’s work as an artist, namely his sketches and drawings of the female body, as well as the entries in his personal diary. Here, the young artist elaborates on the lyricism of his source material through the language of video art in order to create a visually compelling psychological analysis of the tensions of daily life for a woman.

"Last March" is, first of all, a learning experience; a journey through the trauma of the war, the happiness of feeling alive after the tragedy, the driving force of artistic creativity, the sensibility of words and the fragile beauty of the female body. Ultimately, it is a unique chance for Moscow audiences to get closer to Naum Medovoy, the visual poet, and his legacy as it lives on in the artistic growth of two young artists.

Naum Medovoy was born in Odessa, USSR in 1937. He studied in Polytechnic Institute, Odessa (1954–1959), Film School, Moscow (1962–1964), and New York University, NY (1980–1982). His works are in collections of the Multimedia Art Museum (Moscow), the Jewish Museum and Tolerance Center (Moscow), and the Museum of the Great Patriotic War (Moscow) as well as in private collections. The artist lives and works in New York.

Trevor Tweeten (b. Wilmington, DE, 1983) is a New York-based artist and cinematographer. He holds a BA in Film and Video Art and works at the crossroads between video, sculpture and installation. As a cinematographer, he has realized a number of films and video art projects, ranging from narrative to documentary to experimental. His work, often noted for its strong imagery and lyrical visual style, has been exhibited internationally including the Venice Biennale (2013), Barbican Centre (2017), Louisiana Museum, Palais de Tokyo, Akademie der Künste.

Nikita Shokhov (Kamensk-Urasky, 1988) is a visual artist and filmmaker. He graduated from the Photography Department of the Rodchenko Art School (Moscow). Shokhov’s long-term projects focus on the duality of human nature: body and mind, science and religion, sexuality and politics. In 2014 Shohov was awarded World Press Photo prize for the «Utrish» series. Nikita Shokhov’s recent exhibitions include the 23rd Watermill Center Summer Benefit & Auction in NY, GRAD gallery in London, 5th Photoquai Biennial in Paris, Manifesta 10 in St Petersburg, and the 6th Moscow Biennial of Contemporary Art. 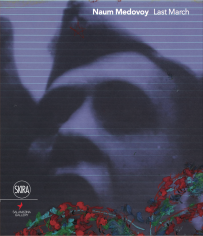 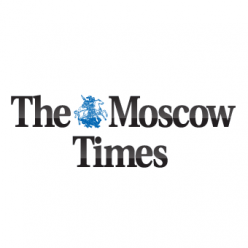 Victory Day, Through a Lens Darkly
Naum Medovoy's Last March highlights the tragic stories of the families of the USSR's 'forgotten' soldiers at Moscow Museum of Modern Art May, 2017
Read the article